Instacart, the online food and grocery platform recently announced that it would be rolling out its new Shoppable Recipes feature in association with the service brand Hearst and TikTok.

This will help those seeking inspiration for exciting new meals to be inspired and set to work recreating delicious recipes and ordering all the ingredients with just one click. 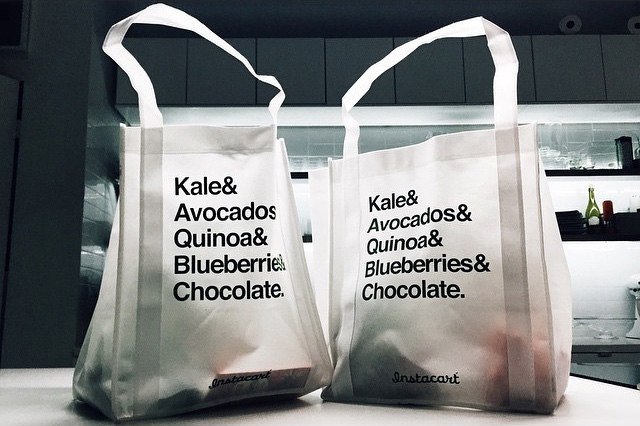 TikTok food based creators can now link shopping lists within their TikTok videos through the Shoppable Recipes feature. This new Shoppable Recipes feature is powered by TikTok Jump, a third party integration tool owned by TikTok itself. This enables users to add all of the required ingredients needed for a TikTok video recipe to the user’s Instacart.

TikTok video creators can base their recipes from those in websites such as tasty.co and others. In the future, TikTok creators will be allowed to create and link to their own custom Shoppable Recipe content.

As part of its involvement Hearst will integrate Tik Tok’s Shoppable Recipe buttons across its popular websites such as Delish.com, GoodHousekeeping.com and CountryLiving.com.

Instacart hopes that this new feature will spur on its users to discover new meals, tastes, flavours and cooking experiences alongside unlocking new avenues for TikTok content creators, retail partners and customers to collaborate profitably.

The announcement of the new Shoppable Recipes feature comes on the back of a decision by Instacart to  cut its valuation by nearly 40% to about $24 billion due to what can be defined as recent market turbulence.

This unexpected decline in value comes only a week after Instacart released even more features.

The included a  new in-app navigation feature so shoppers can view an interactive map of the particular stoere they are present in and going further instacart also launched its live phone support feature that helps users to speak with an Instacart representative to receive support and assistance in completing orders. Instacart also introduced a new safety toolkit that features in-app emergency calling, incident reporting and safety alerts all within the Instacart app itself.

If you are wondering what prompted Instacart to create and offer more features, according to data.ai’s State of Mobile 2022 report, browsing sessions on food and drinks mobile apps went from around 1.9 billion in March 2020 to roughly 4.4 billion by December of 2021.

In Europe, popular mobile apps such as Flink and Gorillas in Germany and the turking instant delivery app Getir all saw their apps downloaded over 1 million times in Q4 2021 alone. The Getir mobile app in particular hit nearly 7 million downloads worldwide across the same period.

The success of the Getir mobile app can be partly attributed to their acquisition of United Kingdom based Weezy. Getor also kicked off operations in the United States across New York City, Boston and Chicago.

Globally the increase in user sessions was powered by Brazil, United States, Indonesia and Russia that recorded the biggest YoY rise, going from 832 million sessions in Q4 2020 to 2.1 billion by Q4 2021.

Uber was a ride-sharing app that was very much impacted by the global pandemic and quickly moved to consolidate its delivery revenues. Today Uber has more than 800,000 delivery merchants. Uber was also the mobile app with the highest number of monthly users across eight countries, with Grab and Foodpanda following closely.

Mcdonalds was the most popular quick service restaurant mobile app and emerged as the third most downloaded Food and Drink app for 2021 worldwide.

When thinking about web app development and app development in Melbourne, companies such as Elegant Media are sure to help you capitalize and leverage the best of food, drink and grocery applications that could be the future of your business growth.

Stay Connected with us